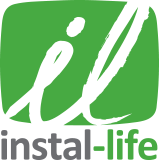 What is Most Important? 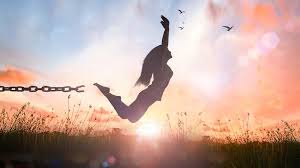 “Time is all you have and you may find one day that you have less than you think.” ― Randy Pausch, The Last Lecture

Professors are sometimes asked to teach on what wisdom they would impart if they knew it was their last chance—their last lecture.

In August of 2007, Randy Pausch, a computer science professor at Carnegie Mellon University, received a terminal diagnosis: dying of pancreatic cancer, he might have six months left to live. One month later he delivered his last lecture.

His lecture went viral—it was viewed more than a million times in the first month after it was delivered. Pausch then co-authored the book The Last Lecture, which became a New York Times Best-Seller. Pausch died on July 25th, 2008. He was 47 years old.

What would make up your last lecture? What would be most important to share if it were your last chance?

John 13 begins with these words: “Jesus knew that the time had come for him to leave this world.” He knew this was the last chance to impart what was most important. John sets the stage with these words: “Having loved his own in the world, he now showed them the full extent of his love” (John 13:1).

The Lord begins with a demonstration. He gets up from the meal—referred to as ‘the last supper’—takes off his outer garments, gathers a basin and towel, stoops and begins washing the feet of his disciples. In Jesus’ day, this was the task of the lowliest of servants. The demonstration ends, and Jesus says, “I have set you an example” (John 13:15).

Indeed he had, but not just on this occasion of foot washing. The disciples had seen Jesus day in and day out. They knew the content of his character. They had experienced his love.

Jesus’ last lecture is followed in John 17 by the record of his last prayer. Look at how the prayer ends: “I have made you known to them in order that the love you have for me will be in them” (John 17:26).

With the last words, last lecture, and last prayer, we can believe Jesus conveyed what was of the utmost importance in his heart—love one another.